It’s been a busy month on lots of fronts, including literary events in Waterford. The biggie in October is of course Imagine Arts Festival, which has just finished. I read a new piece of mine at the ‘Modwords at the Parlour’ event, held in the Parlour Vintage Tea Rooms and organised by Anna Jordan, which was part of Waterford Writers’ Weekend, which in turn is part of the Imagine festival (keep up).

Reading a new Halloween piece at ‘Modwords at the Parlour’, part of Imagine Arts Festival, October 2018

I couldn’t believe I had never been inside the Parlour Vintage tea rooms before. It feels like my spiritual home: quirky, arty, casual, and serves WINE AND CAKE. I plan to move in soon.

I read a new short Halloween piece, which will be published here tomorrow!

Earlier in the month, I was asked to participate in Spokes, a new(ish) monthly reading event organised by well-known writer and journalist Colette Colfer. This was super-exciting because the guest reader was none other than Kerrie Hardie, one of Ireland’s most celebrated poets. Kerrie read several of her poems, which were a joy to listen to. I got to speak to her but was so star-struck I forgot to get a photo! She admired my trousers! (And my work, in the dedication she kindly wrote in the book I bought.)

Mark Roper, another poet of national renown, was in attendance, though with his customary modesty he didn’t read, even though he has a new book out.

And at the start of the month we had Culture Night, an annual event, organised by the unstoppable Anna Jordan, Waterford’s arts queen at the moment. I read at an event in The Fat Angel, Waterford’s newest wine bar. 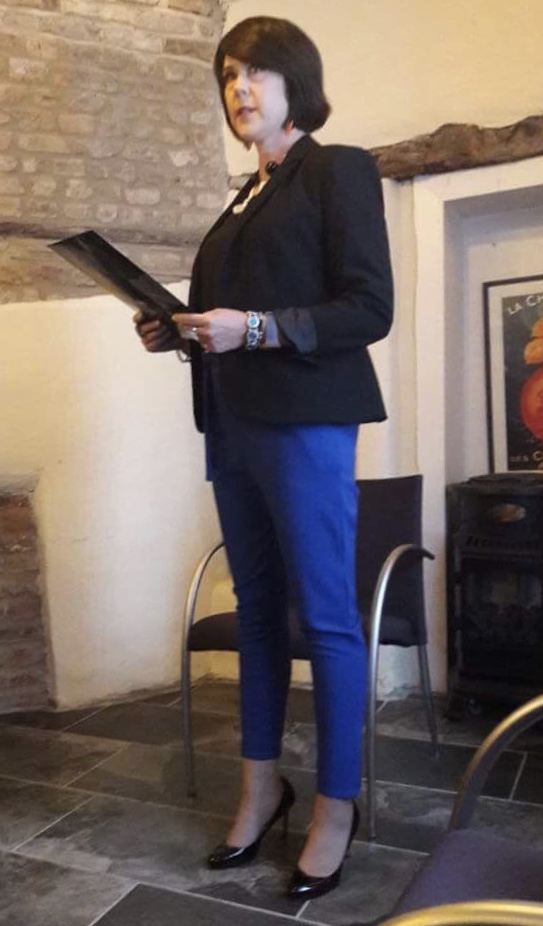 Reading at events is lovely. I plan to do as much of it as possible from now on. Preparing for reading at events is miserable… it’s a tsunami of all the usual writer neuroses and emotions… self-doubt, procrastination, resolving to pull out of the event, shame at the thought of letting people down if you pull out, more self-doubt, self-blame at committing to the event… But it all comes good in the end.

Posted on October 30, 2018, in Writing. Bookmark the permalink. Leave a comment.