← The 33-minute productivity technique in practice
We need to talk about Tubridy. →

This is a superbly argued and beautifully expressed slap-down to sexism in the comic book world, courtesy of Derek Flynn of Rant with Occasional Music blog.

Here’s the thing. It would seem that not everybody in geekdom has gotten the memo. In fact, if recent events are anything to go by, the memo is still in the “Out” box. One of the recent events I refer to is a critique of a comic book cover that Janelle Asselin – a former comic’s editor – wrote called “Anatomy of a Bad Cover”. Asselin was an editor and associate editor on such DC titles as Batman, Batwoman, and Detective Comics, amongst many others. So, we’re talking the big leagues here. The cover she wrote about was this: 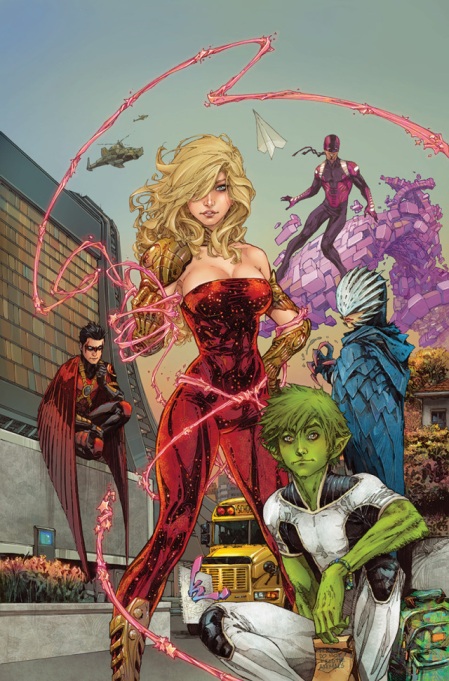 This is the cover of the first issue of the new Teen Titans comic. You don’t need to be Brainiac…

Posted on April 27, 2014, in Writing. Bookmark the permalink. Leave a comment.

← The 33-minute productivity technique in practice
We need to talk about Tubridy. →