← Tapping into creativity for writers (you will need: Lego)
PFO – please fight on →

Songs that make you go sniff

Did anyone hear Christy Moore on the John Murray show on RTÉ Radio One this morning? Christy played a selection from his back catalogue as requested by listeners. All the great songs were in there, including a favourite of mine, Lisdoonvarna. (“Amhráns, bodhráns and amadáns” is an all-time great lyrical gem.) 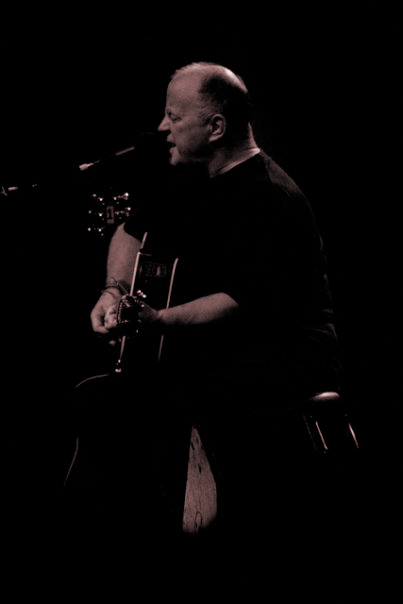 This led met to think about the subject of personal musical tear-jerkers. It’s different for everyone; songs that have some people reaching for the tissue box can leave others indifferent. For me, one song in the tissue-box category is Christy Moore’s The Voyage. I had to turn off the radio this morning when the presenter announced it as the next song, because I didn’t want to start my writing day in floods of tears.

I realise that the words to The Voyage are not great poetry. The song is full of clichés. It over-extends the “boat / voyage / sea” metaphor beyond all reason. The feebleness of “together we’re in this relationship” with the emphasis on “ship” is hard to overlook. But none of this seems to matter. It is those very clichés and so-thinly-stretched-it’s-transparent imagery that hit a weak spot in my heart.

The lump in my throat begins at “determined not to fail” and progresses to distinctly glassy eyes at “working together we learned how to cope”. Full-blown, undeniable tears set in at “Now gathered round us, we have our own crew”. 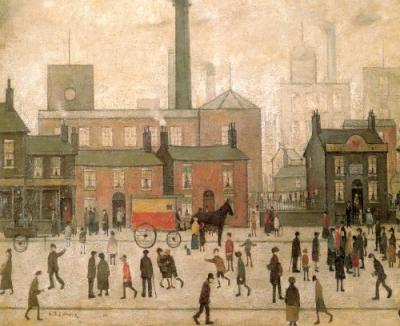 L.S. Lowry’s Coming Home from the Mill (1928). The 1978 tear-jerking hit song Matchstalk Men and Matchstalk Cats and Dogs was a tribute to Lowry.

For me, other songs in the same category include Roger Whittaker’s Durham Town and Brian and Michael’s Matchstalk Men and Matchstalk Cats and Dogs.

I’d love to hear how the rest of you feel. Maybe my top tearjerker The Voyage leaves you cold? What songs hit you in the Achilles heel of the heart?

← Tapping into creativity for writers (you will need: Lego)
PFO – please fight on →