← Don’t put the kettle on…
With love from Roald Dahl →

Events (in real life) intervened since I last posted an update on the progress of my short story. The result was that I wrote nothing for six days. It’s difficult to resume a writing project after a gap. You’ve lost some of the closeness that you had with your characters, your head is not in the right place any more, you are no longer “in the zone”.

Having said that, these things can all be regained.  I sat down when the house was quiet, pretending not to notice the towering piles of papers on my desk waiting to be sorted out (an essential writerly skill), and closed my eyes. (If anyone had been watching, they would have assumed I was having a little nap.) The story re-formed itself in my head, the characters came back, and I was in business again.

It’s great to be back writing; as Ray Bradbury says in Zen in the Art of Writing, “An hour’s writing is tonic”.

Apologies to the exclamation mark police here, but I really feel I need them at this point!!! 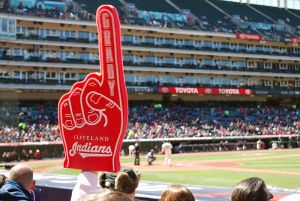 I have a first draft!

Can it be that the six-day gap was actually beneficial to the story in some way? Does a break in writing allow characters, plot and the other elements of the story to develop unnoticed at the back of the writer’s mind?

I am fairly happy with how the characters have developed and consolidated. The short-lived siblings are long forgotten (God rest their souls) and the dynamics of the three-person family are working well. The character profiles that I completed at the beginning have really helped with the development of the story in my head. Each character seems to be doing what comes naturally; I haven’t found myself struggling, asking myself “What should be happening now?”

The timeline has proved itself a trustworthy friend. I refer to it often for various reasons. For example, when one of the characters hums a song, I needed to check exactly when that character was born, so that I could research what songs were popular when he was growing up.

As for the house plan that I sketched at the beginning, it is looking a little well-thumbed by now. I have referred to it many times to figure out the characters’ movements around the house.

Light at the end…

For some reason that I suspect it would take a psychologist to figure out, I put off writing anything to do with the ending until the last possible moment. OK, let me hazard a guess.

In a short story, the ending is a big deal, the big kahuna. It brings everything in the story together and “wraps everything up”. By this I do not mean that the ending has to explain things or bring everything to a conclusion – far from it. A short story may end with nothing much having happened. What I do mean is that the ending puts the stamp on the story that the writer wants it to have. As Nancy Kress points out in Beginnings, Middles and Ends, the ending may be the climax of the short story (unlike in the novel, where the climax comes somewhere near the end, followed by a denouement). So writing the ending feels a bit like heart surgery: mess it up, and the whole thing is gone.

I’m also aware that in previous short stories of mine, the endings sometimes tended to drag on. A creative writing teacher of mine (I think it was either John F. Deane or Mark Roper, both outstanding writing teachers I have been lucky enough to learn from) made me aware years ago of the need to put a quick, clean end to a short story.

In the case of this story, the original anecdote on which the story is based pulled me towards one kind of ending. As I started to write the last few paragraphs, another ending began to form in my head. So I wrote two different endings. Now I just have to decide which one to use in the final version, keeping in mind the need to “get out quick”.

So, I am really happy that the story is nearing completion. The final few things that I need to do are:

← Don’t put the kettle on…
With love from Roald Dahl →