← Gestation of a short story #3: Dark night of the soul
Author interview: Derbhile Dromey, author of The Pink Cage →

Gestation of a short story #4

Thanks to the commenters on yesterday’s post for their advice and encouragement. I got stuck into my story again today with renewed enthusiasm and a calmer demeanour, and have gone from looking like this: 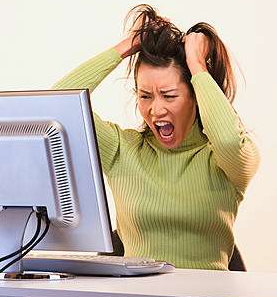 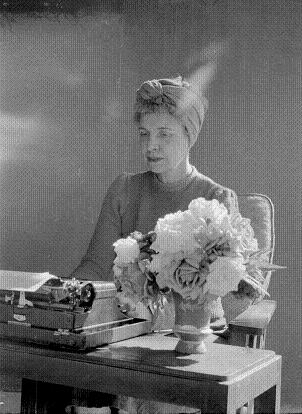 I have decided to keep the story in the 1950s because:

I realised that the mother needed to be older. Based on the previous timeline, she had been only 18 when she opened her shop. I decided she needed to be a little older when she took this step. Also, now that there is only one child, I wanted to create extra space in the timeline, leaving the reader free to guess that there may have been miscarriages, as a possible reason for there being only one child in the family. Here is version 3 of the timeline: 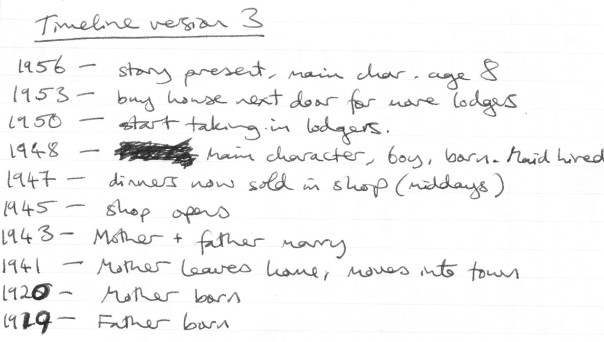 The next issue I was dealing with today was also to do with time. Originally, I had thought that as well as the action that takes place in the story present, the story would include scenes from the past as background. Now I think that this time scope is too wide for a short story – for this one, anyway. I am going to keep the story within the limits of a few hours on one day. I am really trying to keep this story as tight and focussed as possible.

Development of the main character

The character of the boy is filling out. His new status as the only child has made him more self-assured although he still has the searching, watchful nature. The idea is still that the parents are very busy, so he is still always striving for time with and attention from them.

I have written just under 400 words of the actual story. This is a bit discouraging after six days.

A more encouraging thought is that a large part of the planning is complete. Now that I have quite a clear idea of the shape and sound of the story, further changes can be made as I write.

← Gestation of a short story #3: Dark night of the soul
Author interview: Derbhile Dromey, author of The Pink Cage →